I Lost My Wedding Ring In The Garbage Dump

Yup, you read the title correctly. I lost my wedding ring at the Point Roberts garbage dump yesterday! Obviously, not one of my best moments in life – but hey, we all have our moments from time to time.

After loading up the Flex yesterday with a bunch of stuff from the cabin, I headed out to the local dump to dispose of everything. It wasn’t a busy day at the dump. Usually, the line up to get into the dump is enormous! I received my instructions from the guy who was working the scales and headed to the bins where I was to dispose of all our garbage.

I backed up the Flex and started to unload. Now, before I continue any further, you need to know that because of my recent health issues, I have lost some weight – even in my fingers. I have know for some time that my wedding ring doesn’t fit the best, but hey, it’s my wedding ring, and I wear it faithfully! It is a daily reminder of the vows I made to my wife over 11 years ago. My ring is important to me!

Back to the story…

As I was unloading all the garbage from the Flex, I needed to throw it all in a large bin below me. Everything was going according to plan, when all of a sudden I threw two bags at the same time into the bin, and my ring cam flying off into the bin! Crap! Where did it go? Now you need to understand that the bin was pretty much completely filled to the brim with small, disgusting garbage. What was I going to do?

I approached the guy who was working near the bins and told him about my dilemma. It wasn’t to keen on allowing me to enter the bins to search for my ring. He cited safety reasons. I told him it was my wedding ring and I really wanted a chance to look for it. He was reluctant at first to allow me to get into the bin, but after some convincing he let dumpster dive! This was nothing new to me. Not that I am proud of it, but I have entered many garbage bins in my time.

I jumped right into the bin without any hesitation. I was a man on a mission! After about 10 minutes of searching the area where I thought it was – there was a small part of me that wanted to quit. How was I going to find a needle in a haystack? I can’t quit! This is my wedding ring. I said a quick prayer in my head and continued to search. At that time, a couple of guys showed up and started throwing things out in the same bin I was crawling around in. They looked at me and stated the obvious – did you lose something? I said, “yes, my wedding ring.” The one guy looked at me said, “I hope you find it.” My response was “so do I.”

Not two minutes later I looked down at my feet and staring right at me as it clung to a black garbage bag was my wedding ring! Can you believe it! It was a miracle! I was in shock! Honestly, how do you find a wedding ring in the midst of all the garbage that filled that bin. ONLY GOD!

I climbed out of the bin and headed back to the top of the hill where the Flex was and the three guys who were there also. The one guy responded when I yelled out – “I found it” by saying praise the Lord. I looked at him and said – “you’re right, Praise the Lord.” I continued to tell him I was a Pastor and that I had just prayed a quick prayer in my head. He responded by saying – “hey, I am a Christian too.” The two other guys who were there then responded by informing us that they too were Pastors from East Vancouver. What a crazy experience! We all just stood there and marvelled at what just had transpired.

This was another reminder to me about how much God really cares about His kids! He really does. He cares about every detail of our lives – whether you believe that or not.

I said my goodbyes and hoped back into the Flex and headed back to the cabin. The entire ride home I kept looking at my ring! Even as I write this post, I am in awe of what transpired at the dump in Point Roberts.

Anyways, thanks for reading this! I hope you have a great day! Remember, God cares about you!

The Truth About Cancer 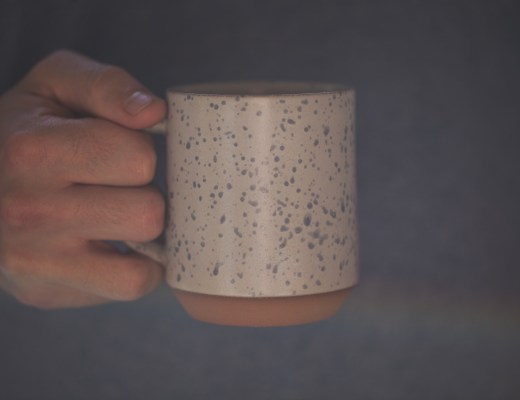