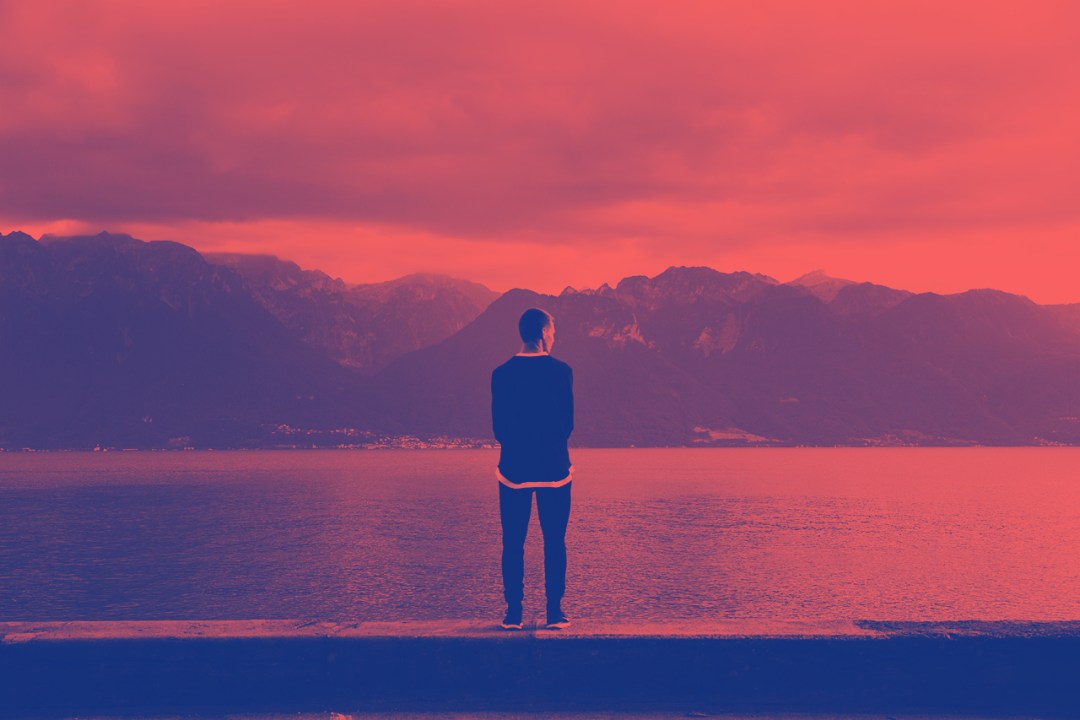 The smell was overpowering. It was everywhere! I couldn’t escape it, but what was it? It was dark, and I didn’t know where I was. I started to reach out into the darkness, waving my hand around to make contact with something, to make sense out of anything, but nothing was there. My body ached and I felt chilled. My hands flat against the concrete floor and my clothes damp with what could have been anything. Was I hurt? Was I bleeding? All I knew were my eyes were opened, but naught was before me, except for the overpowering scent of my own vomit.

The day was an ordinary day. Well, ordinary for me, I guess. Like most, it started with me waking up. My face smudged on the burgundy pillowcase, a hand me down from my parents when I “moved out” more so when I was asked to leave years ago, it seems. The sun was had already made its way up this summer’s day. It was nearing 7 AM. The outdated bed side table with my alarm clock stood bare, like the walls of my 800 square foot apartment I rented. I opened the drawer from it with its faded out bronze handle and there I would predictably reach inside to find two joints I would have purchased the night before from my dealer, a scuzzy wannabe tough guy, but either way, he produced what I needed, and that was all that really mattered. I lit the first joint. This was my morning tradition. The first joint woke me enough to smoke the second. The second joint was the pathway to the cigarette which would then lead me to actually getting out of bed to the bathroom. My morning ritual was birthed the day I was kicked out and in my opinion; it was a pretty good set up. I looked at my image in the aged vanity mirror and I was a 6’5 frail, underweight shell of a man boy. I brushed my teeth, washed my face. There was no need to shave, for facial hair something I never really had to deal with. I walked back into my smoke filled bedroom and grabbed the raggedy jeans from yesterday, my work socks, and boots, and my Blue Jays tee shirt. I needed to get to work. I had been working at the Truss Company for almost a year now and it was great. I grabbed the rest of my gear and locked the door behind me. It was going to be a great day. I thought about this as I hurried down the stairs of the old apartment building and made my way outside. I was the lead saw hand and I enjoyed the work. It was fun, but demanding. What I enjoyed the most about it were the guys I worked with. Man, did they ever know how to have fun. We were all going to be getting together this evening for a good time.

I was 24 years old and had been a drug addict for nearly 10 years. Often I was asked what drug I was addicted to, or what my preference was, and my answer was always the same, “all of them.” It would not matter what was put in front of me, I could and I would do it. Sawing, filing out paperwork, coffee break, lunch break, smoke break in more ways than one, time couldn’t go fast enough. I felt this particular hot day I was looking at the clock more than usual. I just wanted to party. It was all the guys and I would talk about too. We would look at each other across the property and give a nod as if to say, ‘soon, man, so soon, and then we’re outta here!” It was outta here to go to The Wild Rose . After wrapping up the last bit of things I had to do before the end of my shift, I walked back home, a smoke in mouth, and getting high on my mind, the whole time.

I entered my curtain drawn stale pad and flopped myself onto my brown floral velveteen couch. It wasn’t anything special, in fact, it was pretty ugly. This lifestyle wasn’t into household decor; it was about a place to party and to sleep. I opened my pack of cigarettes and pulled from it another joint. I smoked it pleasantly until it was done. I looked around the empty living room, as I reached from the coffee table my wallet. It was time to meet the guys at the The Rose. It was time to have fun.

The Wild Rose was definitely the best. Ordering a tray, which meant 20 glasses of draft beer for $10.00 was outrageous. There were 5 of us and we all ordered a few trays each. I remember laughing a lot that night. Laughing and cursing. It was kind of the thing for us to do. The music was loud and as I had to raise my voice over the music and crowds that were forming, I began to feel the room spin. It just was one more thing to add to the thrill. One of us had a few more joints to share, which we smoked them behind the pub. I remember my hand holding me up, leaning against the 1870 brick frame of the pub. The roughness and the grit of the brick, was a familiar feeling. My childhood home was a brick semi detached and I would love to touch each brick in the yard while my dad would water the flowers and I would rehearse to him the events of school. I would have been young, like 8 or 9. I am not even sure if he was listening or not, but I just had to tell someone something. I loved to learn and I loved to share the things I had discovered. But that was a long time ago.

“Hey Sean, want to take this in the bathroom with me?” I look up, my hand still on the ancient stone, as I was getting stoned. My buddy had a flap. Oh yeah, now we were talking. “Let’s go!” I responded, but not sure anymore if my words came out as slowly as I was thinking and the outside August air felt fresh on my sticky skin. We stormed back into the Pub, the music blaring, the atmosphere clouded with cigarette smoke, and people, so many people, and we felt like rock stars, owners of this place, owners of this small town. Full of purpose we paraded ourselves into the bathroom and checked the stalls to make sure all were clear of anyone. Five of us crammed around the counter and snorted the coke like superheroes saving the day, conquering the wicked nemesis, we were untouchable and I was unstoppable.

We continued the party on at a buddy’s house. I remember stepping out of Les’ car feeling more alive than ever before. I could feel tears in my eyes, I felt so alive and the night was just getting started. I couldn’t stop myself from wanting to reach whatever high I could, whatever release, whatever freedom truly existed. Rob’s house was a bit bigger than my place, but not as clean. As we scattered throughout his apartment someone started passing out mushrooms so I grabbed a handful. I can’t stand mushrooms on pizza, on salads, in chili, on anything, but magic mushrooms, it didn’t’ matter to me. Shortly after, their effect began to take place and I started to hallucinate. Was I screaming? Was I laughing? I felt I had lost control and was not sure what was real anymore. I felt like Dorothy in the Tornado on my way to Oz. I was slamming against the walls and tripping over a sofa chair, laughing and then falling, soon to be crawling to the bathroom. My hands leading the way, as they marched their way along the tacky brown shag, with the sour scent of urine, sweaty feet, mixed with nicotine. I made my way to the bathroom door and turned the silver handle as my face pressed against the chocolate door. The bathroom floor linoleum was as disgusting as I was beginning to feel. My eyes couldn’t see clearly, but my hands could feel their way to where I had to go and that was to the toilet. The next thing I remember is waking up under the stairwell in my own vomit. 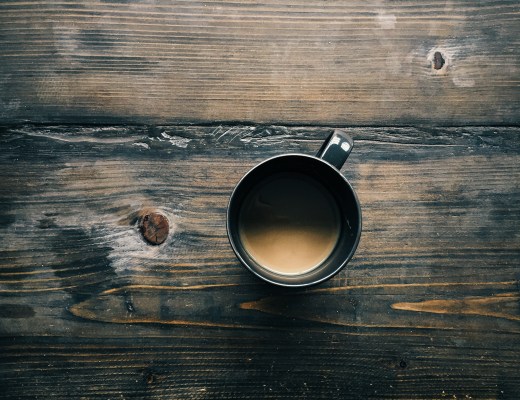 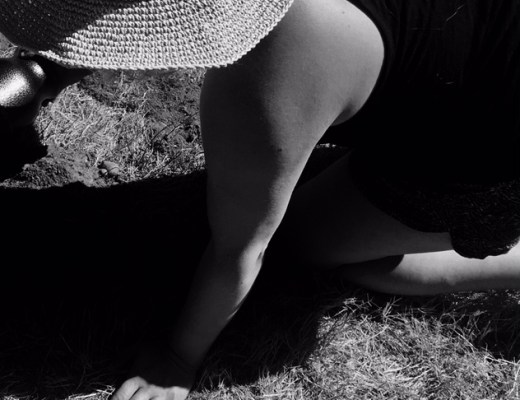 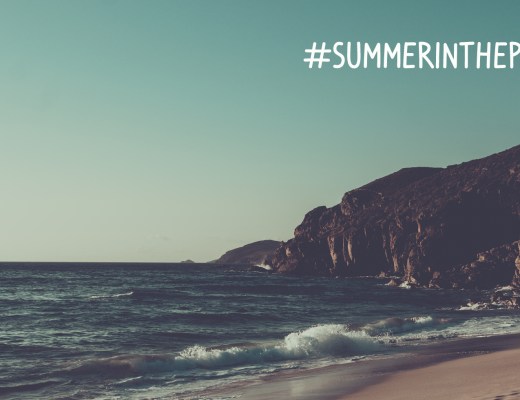